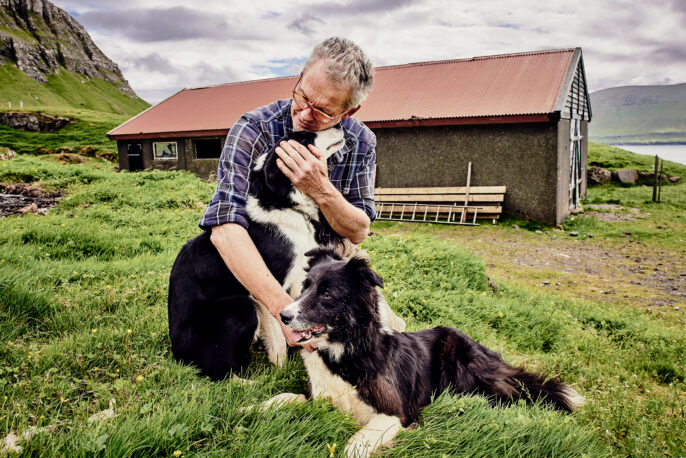 Anna, born 1961, was born to the farm and Óli, born 1958, is from Tórshavn, they hold the farm on copyhold tenure as the 9th generation. They took over on January 1st, 1995, when Anna’s father no longer had the stamina to run it.

The farm’s holding is 6 merkur in total. One mørk, merkur in plural, is an ancient local land measurement and the entire Faroe Islands are divided into approximately 2400 merkur. The land is made up of infields, which is land within the old village walls, now used for making hay, and of outfields, which are mountain pastures beyond the old village walls. Anna and Óli’s farm has its outfields north of the village in the area called Lambhagi, ‘Lamb outfield’ in English, which carries 150 sheep. In addition to the sheep, the farm is home to a variety of other animals. Dogs, hens, geese, cats and horses make up the farm’s living environment.

The children, who are now grown, are five. 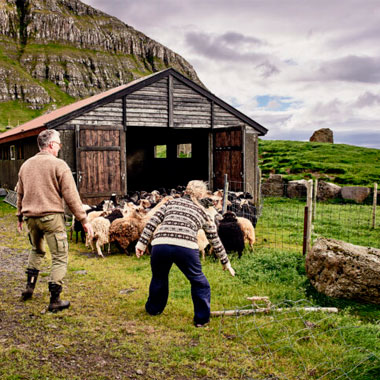